As far back as she can remember Yolanda Rountree has always had a passion for Dance and began formal training at the tender age of 11. At 14 she was already performing in Detroit's  "All City Dance Concerts," an annual showcase of the city's most gifted young dancers, an event she was invited to attended 3 years straight.  Subsequently It was at this showcase that Yolanda received the 1993 award for Student Choreographer of the year.  It was also during this time period (1992) that Yolanda began taking classes with Sondra Jackson a renowned choreographer in liturgical dance and founder of Sprit Of The Moment Praise Dance Ministry (SOM).  Yolanda cites this as being the time she "developed her love and passion for dancing for the Lord." In 1993 Yolanda attended classes at the Detroit Windsor Dance Academy and O'Days School of Dance. And in 1994 went on to join and minister through dance with Spirit of the Moment.

Min. Yolanda Rountree received a vision from God in 2009 about the Intensive.  While attending Eagles International Training Institute in 2010 she put the vision on paper for one of her assignments.  After graduating from Eagles in 2011 she told a couple of friends about her vision.  She had a meeting with Pam Shorter in 2012 and they together discussed the vision and create a plan.  Founded by 5 young ladies from diverse backgrounds, El Olam’s creation was what brought them together.  Yolanda Rountree, Pam Shorter, Pleshette Turner, Lydia John, and Chastity Gaither are the ladies at the helm of El Olam’s Center for Dance.   The counsel of Monica Wallingford was instrumental in helping the ladies put God’s vision to work. Even though some of the original members have moved on, you will still see their faces every year at the intensive.  Now, El Olam is being run by founding members Min. Yolanda Rountree, Pam Shorter, and Lin Rountree.  The new members of El Olam's team consist of Lisa Sims and Pearline Smith.​

In 1998, Yolanda made a difficult decision to stop dancing with SOM to pursue her education full time and in 2002 graduated College with a BA in Business and Administration.  Shortly thereafter she casually took a dance class at Artistry in Motion and quickly realized that she missed dancing, especially for the Lord. So right then and there she returned to minister with Spirit of the Moment.  In April 2003 Yolanda made her big stage debut dancing in the play Perilous Times Part II.  That same year she attended Marygrove College where she took dance classes with well known instructors JoAnn Cusmano and Penny Godboldo.  2004 saw Yolanda in her first acting role as Pastor Johnson and as Liu in the musical stage production “Rhythmic Nations."  She also returned that year to dance in the stage play Perilous Times with William Murphy. In early 2005 she was cast as the hairdresser Nikki in the Michael Mathews stage play “Too Good To Let Go" with Jackee Harry and Tevin Campbell.  In 2011 Yolanda graduated a Licensed Minister of Dance from the Eagles International Training Institute and soon after traveled to Ecuador on a Mission’s trip with her mentor Dr. Pamela Hardy where she taught dance to underprivileged children.  ​ 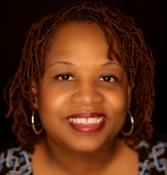 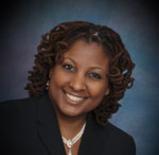 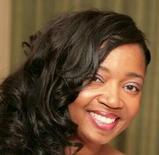 Dwele, Conya Doss, Tony Terry, AmpFiddler, Deitrick Haddon, George Duke, Julian Vaughn, Mike Phillips, Tim Bowman, Nils, Darren Rahn, Nate Harasim, and U-Nam to name a few.  In 2012 Lin appeared in the hit film ‘SPARKLE’ starring Whitney Houston, Jordin Sparks, Mike Epps and Celo Green and Derek Luke boosting his international profile. ​All in all Soul-Jazz Trumpeter Lin Rountree and his music represent a new direction in instrumental soul. A polished songwriter, producer and recording artist, an outstanding live performer, a consummate professional, and a thankful musician, Rountree is a leader amongst a new generation of Soul- Jazz artists.  He has a wonderful wife, Yolanda Rountree in which they co-own El Olam Center for Dance & Arts as well as El Olam Cares.  He gives all the glory to God who is the head of his life. For More information about Lin Rountree visit www.linrountreemusic.com.

What do we do? 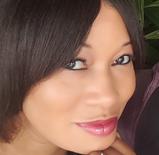 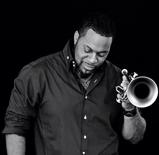 El Olam - Everlasting God / Psalm 90:1-3 – God’s nature is without beginning or end, free from all constraints of time, and He contains within Himself the very cause of time.

Lin Rountree aka The Soul-Trumpeter, is an accomplished recording artist, producer and live performer. With Five solo projects, Twelve Top 20 Billboard singles, and numerous collaborations with some of the industry's top R&B/Contemporary Jazz artists to his credit he is poised to be one of the most renowned artists of his generation. 2004 saw the release of Lin's debut CD, GROOVETREE on independent label BDK Records, which was met with international acclaim. After releasing one more CD under BDK: SUMTHIN' GOOD and another SOUL-TREE, The Soul-Jazz Experience (self released) also to rave reviews, he was sought after and signed to major label, Trippin' N Rhythm Records, where he subsequently wrote and co-produced two more projects: SERENDIPITOUS and his current hit CD, SOULFUNKY.  .Lin has been sought after to both perform and record with numerous top Artists in various generes including: KEM,

Pamala Shorter is a Human Resources Practitioner with the Ross School of Business at the University of Michigan.  Her educational achievements include both a Bachelor’s Degree in Business Administration and Masters of Science in Administration.  Born and raised in Detroit, and mother of 3 sons’, Sekou, Silas, and Solomon.  Pam is passionate about serving the Lord.  As an active member of the Greater Community Missionary Baptist Church since the age of 7, she was recently appointed a Trustee in January 2012, and also serves as the Assistant to the Financial Director, Chairperson of the Junior Doorkeepers, and member of the Usher Ministry.  As a leader, Pam has managed numerous events both in and outside of church over the past 15 years.  Pam’s guiding scripture is Philippians 4:13, "I can do all things through Christ who strengthens me."  To God be the Glory.

El Olam is a place where the saints can learn all styles of dance without compromising their faith. The classes offered through the Center will consist of the following: Ballet, Jazz, Horton, Modern, Hip Hop, Flags & Banners (worship tools) and Mime. “To be focused on God and not man” is El Olam’s Vision, which is why the institute is named after God himself “El Olam”.

​Yolanda has been a member of House of Prayer & Praise Ministries since 2002 and is currently the Leader their Dance Ministry.  There she works with members of all ages and skill levels teaching dance fundamentals, choreographed routines, and ministry through movement.  She danced throughout the US and Canada with Spirit of the Moment for 21 years until 2014 when God told her it was time to move on.  She is still very close with Spirit of the Moment and prayerfully will return when God says it is time.  She is currently the personal administrative assistant to Dr. Pamela Hardy with the Eagles International Training Institute and is an active member of National Liturgical Dance Network under Rev. Eyesha Marable..  In addition to all of this Yolanda is a loving daughter and sister and is a beautiful wife to her husband of 16 years, Lin Rountree; himself an internationally renowned recording artist.  She gives all glory and thanks to God for her many blessings!

To create an environment for people of all levels and ages where they can equip themselves with dance techniques that they can utilize to minister the word of God.