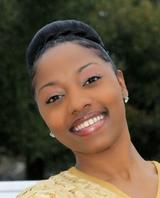 Mas Que Vencedores (MQV) (is a ministry composed of men from the age ranges of 5 to 28 who worships and praises the Most-High God in spirit and in truth through sacred hip-hop and mime. This ministry was founded in the year 2003 under the leadership of Fabiola Palacios; its name derived from Romans 8:31 which declares: ”WE ARE MORE THAN CONQUERORS THROUGH HIM WHO LOVED US”. To preach the gospel through the arts and win a generation that needs salvation, deliverance, and healing through the ONLY ONE that can offer it, and that is our LORD JESUS CHRIST.  Our Ministry mainly known as "M.Q.V" which stands for "Mas Que Vencedores" in Spanish and "More Than Conquerors" in English is a Spanish ministry which has been serving God through the Arts. We are a ministry composed of 15 young men. We are worshipers of God that worship Him in spirit and in truth. We are a ministry that has been together for 9 years strong now and God has been using us to preach the gospel throughout our dance. Our dance styles include mainly mime and Christian holy hip-hop.

Rev. Eyesha K. Marable holds a Bachelor of Arts Degree in Journalism and Spanish, a Master of Science Degree in Non-Profit Management and a Post-Graduate Certification in Organizational Development. She recently completed her course work for the Master of Divinity program, Drew University, NJ, and was ordained Itinerate Elder in the First Episcopal District of the African Methodist Episcopal Church. She serves as an associate minister at the Greater Allen Cathedral of New York (GACNY), under the leadership of Rev. Drs. Floyd H. and Elaine M. Flake.  She founded the National Liturgical Dance Network (NLDN) in 1998, which trains, supports and unifies dance ministers in 29 states, Caribbean islands and countries. Rev. Eyesha toured locally and nationally as a principal dancer with Footprints Dance Company and Forces of Nature Dance Company where she has performed in Central Park’s Midsummer Night Festival, Avery Fisher Hall, Symphony Space, New Jersey Performing Arts Center, Symphony Hall, and Lincoln center.  She is the proud wife of the Honorable Edward Marable, Jr., Esq., Councilman, Southward, Orange, NJ, who is currently running for Mayor of Orange, and mother of Judah and Honor. The entire family ministers in dance for local churches, throughout the nation, and the world. 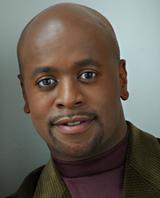 Min. Freddie Moore A native of Jersey City, NJ, Freddie Moore’s professional career as a dancer, master teacher and choreographer began with his formal dance training at The Ailey School.  After graduating from the school’s Certificate and Scholarship programs, he went on to being a featured artist with Ailey II, Donald Byrd/The Group, Forces of Nature, Gallman’s Newark Dance Theater, and Blue Mercury Dancing Company. During his distinguished 30-year career, Mr. Moore has amassed credits in musicals, national and international television shows, music videos, and documentaries.  His transition from being a performing artist to a full-time minister for Christ began in the fall of 1990, when he became the co-founder of Footprints Dance Company. Minister Moore’s innovative choreography has received national and international recognition. His career as a master teacher has traveled him across the United States, Europe, Asia, Africa, the Middle East, South America, and the Caribbean. A noted Master of the Modern Horton technique, Minister Moore conducts artist-in-residence workshops in public and private schools.  He has developed performing arts curriculum for schools and community-based programs and he works with churches around the world to develop liturgical dance ministries.  A recognized community leader, he has received many honors for community service including commendations from the NAACP, the New Jersey Senate, the National Black Police Association, the Jersey City Community Outreach Team, and the Public Advocate for the City of New York. Mr. Moore is currently the Rehearsal Director for both, the Ailey/Fordham Student Dancers (AFSD) and Ailey Student Performance Group (ASPG), Ailey Certificate Program Advisor and a faculty member at The Ailey School, Hudson Repertory Dance Theater, Educational Center for the Arts (ECA) and Morning Glory Christian Dance Academy as well as the Founder and Artistic Director of Footprints Dance Company.​​ 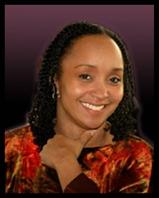 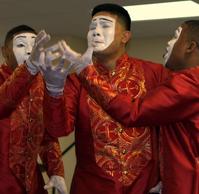 Min. Layesha Walton (Miami, Fl) graduate of Fort Valley State University (Fort Valley, GA) with a Bachelor of Arts Degree in Mass Communications/Public Relations. She is happily married to Mr. Randol L. Walton. They have two beautiful children and they live in Tampa, Florida. The scripture they live by is I Peter 1:16 - “Because it is written, be ye holy for I am holy.” At age 8, Layesha began studying at Ballet Etude (Miami, FL) and continued her studies at the Inner City Touring Dance Center, Miami Northwestern's Performing and Visual Arts Center and The Alvin Ailey American Dance Center (Summer Intensive Professional Women’s Division) located in New York City. Layesha has had extensive training and a performance career for over 25 years. After receiving Jesus as her Lord and Savior, she gave up dancing for entertainment, only to have Him give it back to her as a tool of ministry and evangelism. Currently, through Anointed to Dance, Layesha Walton conducts Christian dance classes/workshops, seminars, choreography, and ministry presentations locally and nationally. Her dance background includes Ballet, Modern, and Jazz. Her dance training has led her to stages with or to open before gospel artists like Crystal Aikin, Karen Clark-Sheard, Kirk Franklin, Damita Haddon, Bishop Paul Morton, Pastor William Murphy, III, Lowell Pye of Men of Standard, Pastor Marvin Sapp, Melinda Watts, Marvin Winans, Jr., and Vickie Winans. Layesha and her husband, Randol, are the founders of Music & Dance Unto the Lord, Inc. Layesha is also the founder and director of T.B.M.U. (Tampa Bay Ministries United), Anointed to Dance, and author of, “Dancing My Testimony: A Daily Devotional Journal for  Worshippers.” Jesus Christ is Layesha’s Lord and Saviour. He is the Bishop of her soul, her Deliverer and her Master.